As a part of Queens, New York City’s most diverse borough, Long Island City offers a thriving food scene. Cuisines from all over the world, including Thai, are represented in this neighborhood. Curries, noodles, and, at one spot, spicy fried frog legs make for some memorable meals. Here are our picks for the best Thai restaurants in Long Island City.

Named for Bangkok’s iconic three-wheeled taxis, Tuk Tuk promises to transport patrons to the Thai capital. Classics such as fried rice and curries (brave the heat and try the spicy Green Curry bowl) join house specialties, including the baked crunchy duck in pineapple coconut curry, and vegan options on the menu at this bright, clean space. 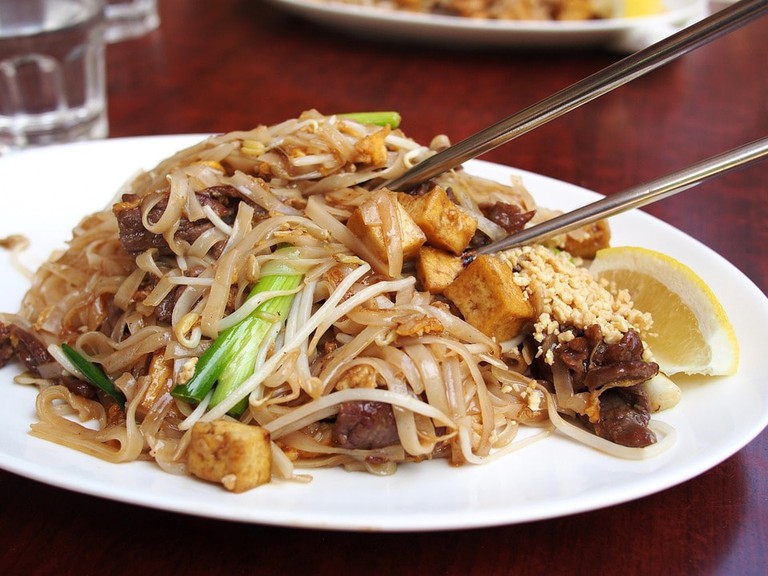 House of Thai is a family-owned restaurant serving up signature dishes such as Thai-style fried hot chicken and the savory Southern Thai pastry appetizer. Other staples include pad Thai, green curry, and Thai iced tea.
With a Queens-based food truck and brick-and-mortar restaurant, Mamu Thai makes it easy for diners to get their Thai food fix. The restaurant, modeled after an uncle’s Bangkok noodle shop, has a menu comprised mostly of family recipes. House specialties include duck thigh noodle soup and khao soi, or egg noodles cooked in curry sauce and a secret spice blend. 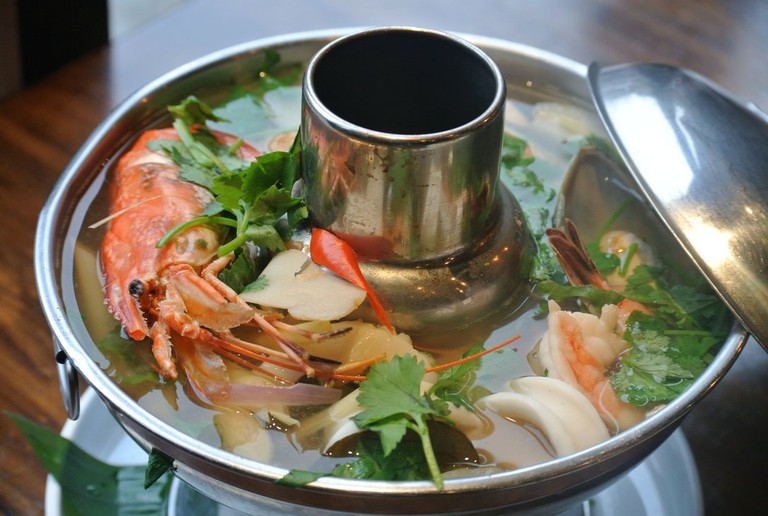 Enthaice Thai Kitchen offers a taste of Northern Thailand cuisine. The menu, which features “Chiang Mai cooking (with a bit of Phayao thrown in),” features classics such as homestyle grilled branzino with Thai salsa, Northern-style minced pork with fried lemongrass and mint, and Northern Thai sweet pork shoulder with Hung Le paste. Tip: Don’t miss any of Enthaice’s duck dishes made with Long Island duck.
At the family-owned Arharn Thai Restaurant, delicacies are served alongside classic dishes. Entrées such as fried frog legs with chili peppers are available to be ordered as readily as beef, pork or chicken. For dessert, try ordering banana in warm coconut milk. Sample all of Arharn’s extensive menu in the restaurant’s warm and inviting dining room. 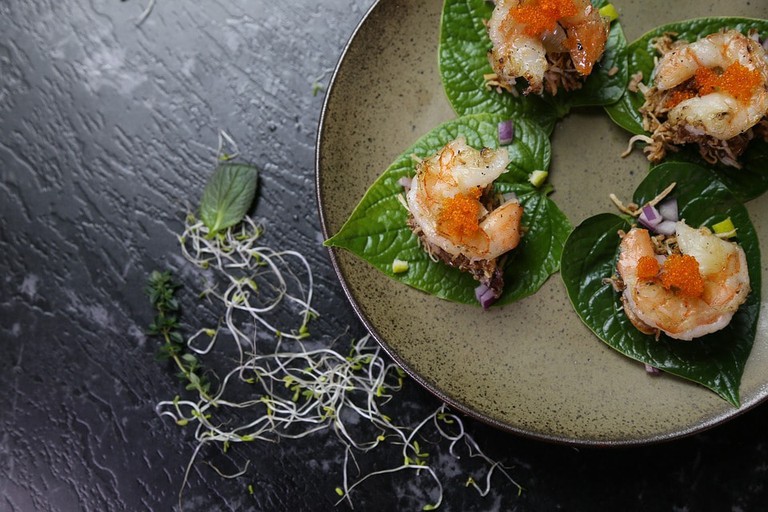 New York foodies with wanderlust can satisfy their cravings for “Thai hawker food” at Pye Boat Noodle. Thailand’s famous street food, including crispy wonton skin-wrapped quail eggs and fried, salted, and split wings, is available on the menu. During the summer, the restaurant’s frozen lychee drink and chocolate shaved ice are refreshing choices.

SriPraPhai is a premier Thai restaurant in New York City. Its original Queens location, established in 1990, continues to be its most popular, thanks to its loyal neighborhood following and award-winning green curry and drunken noodles. The restaurant also operates in Williamsburg and Williston Park.

We and our partners use cookies to better understand your needs, improve performance and provide you with personalised content and advertisements. To allow us to provide a better and more tailored experience please click “OK”