At the end of nearly every mission in Hyrule Warriors: Age of Calamity, you’ll gain experience, earn rupees, receive several resources to complete quests, and receive new weapons for each character. After a few missions, you’ll have a stockpile of weaponry, leaving your inventory stacked with far more pointy objects than you’ll ever need.

What should you do with all these spare weapons? You have two options for dealing with your excess: you can fuse weapons to make them stronger or sell them for rupees. Either task can be done at the Hylian Blacksmith Guild in Central Hyrule, which opens up early in the game.

In this Hyrule Warriors: Age of Calamity guide, we’ll show you the benefit of both options and our recommendation for what to do with all of those weapons sitting in your inventory.

Should you fuse or sell weapons?

When you visit the Hylian Blacksmith Guild, you’ll be presented with two options: Fuse Weapons or Sell.

Selling is straightforward. The blacksmith will exchange your various weapons for rupees. Most weapons will net less than 100 rupees, making reselling a less than lucrative venture. It may be worth selling weapons if you’re desperately low on funds and need to buy materials to unlock a quest. Selling a weapon can be valuable if it has the rare effect “High-Resell Weapon,” which may net more than double the average sale price.

For most of Hyrule Warriors: Age of Calamity, reselling weapons won’t be as useful as fusing them. However, at a certain point it may make more sense to sell off lower level weapons, if they’re wasting space in your inventory and you haven’t fused them yet.

How to fuse weapons

As you’re moving through the main story quest, fusing weapons is a great way to make sure that your weapons are as stronger as they can be — especially if you’re frequently leveling up your characters.

To fuse weapons, all you need is a handful of spare weapons and lots of rupees. After a few main story missions and side quests, you should have plenty of rupees to fuse weapons for all of your characters.

Fusing weapons has two benefits: weapons fused into a target weapon will add experience to the main weapon, increasing its level and strength. You may also gain upgraded or new passive skills when fusing. Weapon skills are randomly assigned to weapons and are represented by different icons. The most common skill you’ll encounter will add passive buffs to your strength or boosts to the amount of experience you gain. 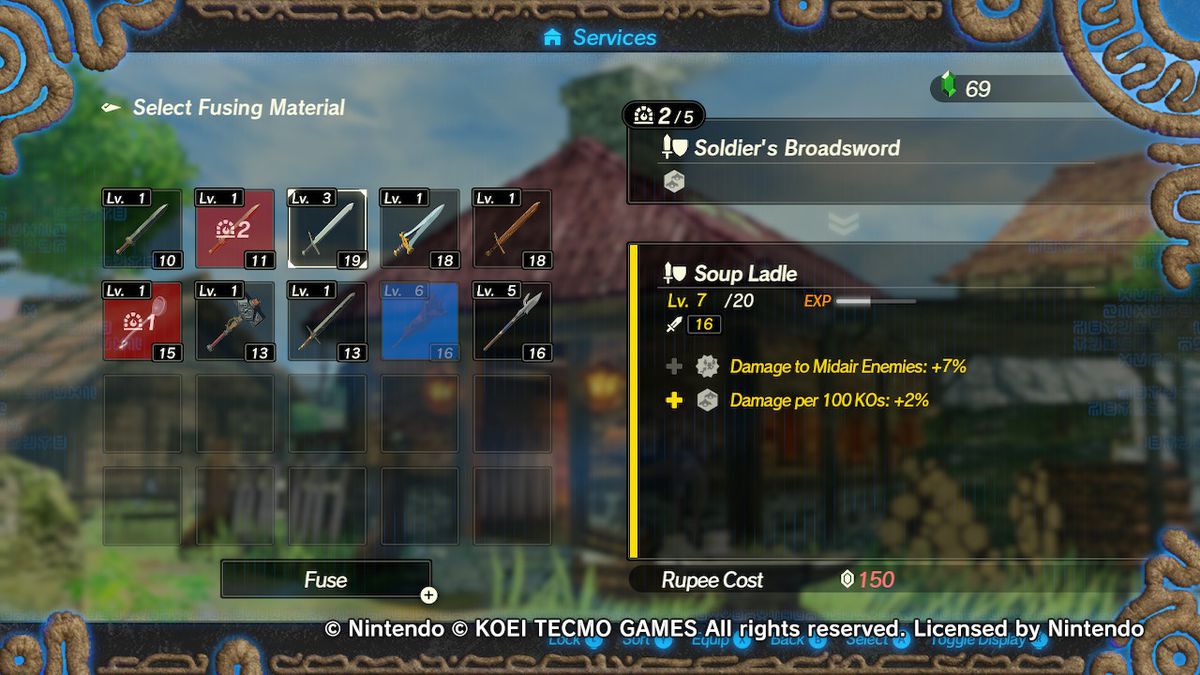 This fusion will add two effects to the Soup Ladle Hyrule Warriors: Age of Calamity When choosing to fuse weapons together, always keep an eye on what changes when two weapons are merged. All changes will be highlighted in yellow.

The most common change is the level of the weapon, which also affects its strength. If your weapon will gain any new passive effects, those new abilities will be highlighted with yellow text. Either way, each new weapon fused into its target will give it some experience points. The higher the level of the weapon you’re fusing into another, the more experience you’ll gain for the target weapon.

You’ll also have to pay for each weapon fused into the target. Each new weapon added to the fusion costs 50 rupees. 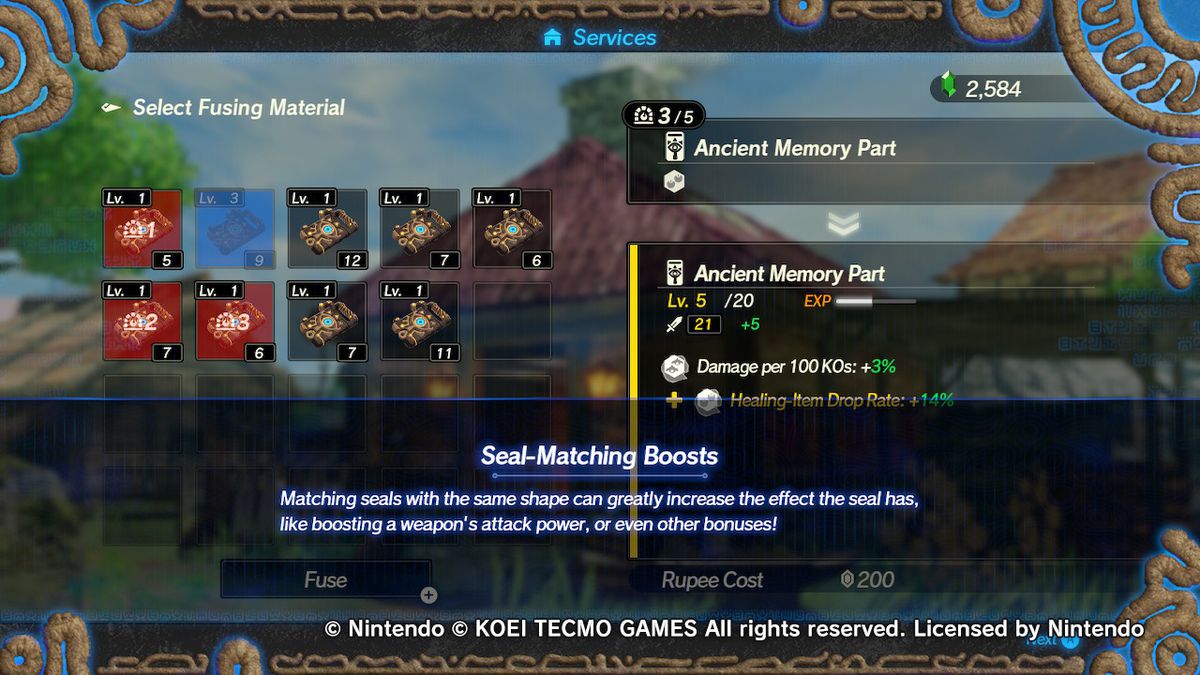 If you match seals, you’ll get a stronger bonus when fusing Image: Koei Tecmo Games/Nintendo via lisbdnet.com Seal-matching boosts also deliver a higher increase in passive skills bonuses, which you can see in the green text on the percent increases.