Having a weapon is as important as having a staff, especially if you want to create a spell caster. Here some of the Dark Soul 3 best staff you should consider trying when playing.

Staves are designed to boost your damage and but in Dark Soul 3, there are different types of attributed scaling, base levels, and spell buff.

So, you may need to select the best one from 10 staves provided in the dark world. The best staff depends on intelligence stats.

Every staff has its unique stats; some have more boosts for dark magic compared to others, so it is essential to know the best staff for your character.

The court staff is one of the best catalyst weapons on Dark soul used by the court sorcerers at the profaned capital. It renowned as the most powerful for builds with 60 or more intelligence, making it a go-to staff for dedicated sorcerer builds.

For a typical mage, this is the best bets if you want to stop at 60 intelligence of even go beyond.

Court staffs cannot be infused or buffed, but at 60 INT, it does have a spell buff of 238. If you are fighting the non-dark or pure sorceries, or with to deal steady damage over time without having to rely on the buff, then court staff is the best bet.

Note, however, the cost of the skill is double of other staves, so you need to careful when using the steady chant. Activate it when increase damage is critical and not when an opportunity presents itself.

A Mimic drops court sorcerer staff on the second floor in the church-like building filled with hand beasts.

Here, the staff is guarded by the monstrosity of sin. For normal PvE, this staff is way better because it has consistent damage.

If you are looking to cast dark sorceries, then Izalith staff is the best choice for you. It is probably the longest staff in dark soul 3, with an extended reach when you are casting Farron flash sword.

It is considered an ancient catalyst used by the witch of Izalith, mostly dealing the most physical damage out of all the non-weapon staves on Dark Soul 3.

Izalith cannot be infused or buffed, but dark sorceries cast with this staff usually scale with faith and intelligence. This is contrary to other staves casting dark sorceries; most of them will only scale intelligence of up to 60 and deals less damage.

Note that the deal Faith scaling only applies to dark sorceries and therefore may not have an effect on sorceries that deal magic damage. The staff can be used as a decent weapon to get rid of the weak foes, because of its high base physical damage, and low stamina consumption on every strike.

Izalish can be looted from a corpse found behind an illusory wall after shouldering lake. Once you move in the tunnel, pass the large rat, the corpse is located on the far side of the wall.

The very first wall has a chest, but the staff is located on the ledge after you hit the second wall. You can have fun in both PvE and PvP, but PvP will be a little challenging for this staff. 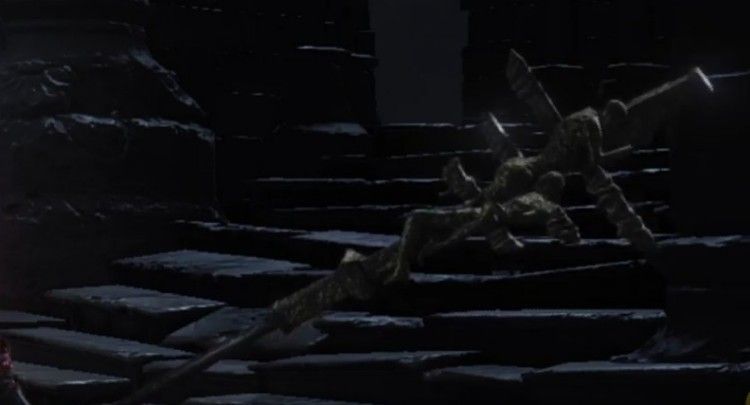 Mac-grub is an interesting staff; it is termed as a staff of a man who guards the Rosalia bedchambers. Unlike other staves, its scaling attributes are luck and not intelligence. Therefore, this staff requires a unique build to use, since you will have to skill intelligence to meet the casting requirement.

However, for those looking to boost the sorceries strength for a concise period, then this is the best staff on Dark Souls 3.

Xem thêm: The Best Beethoven Symphony Cycle With The Best Sound And Performance

Man Grub staff cannot be infused or buffed. Its highest return is up to 45 luck, and after that, it gains nothing per level spent. The luck scale only works for damage spells, which means it’s it the best option if luck is higher than intelligence.

At 40 luck, this staff features an effective spell buff than other staff at 45 INT. Note that the spell buff is often displayed at 100; however, it increases with a higher investment of Luck. The attack type of this staff is a strike, and its durability is 65.

To find this staff, you will need to reach rank 2 in Rosaria Fingers, and this means offering 30 pace tongues. The key to use this staff is to level intelligence and attunement to supplement luck, rather than trying to level int and Luck equally.

This will give you access to utility spells that complements invasion weapons such as Farron Flashsword, Great Fraon Dart, and Homing soul mass. Luck for bleeds is better suited for PvEs. This catalyst has been used by generation by heretic sorcerers notable in Dark Souls 3 for being the most powerful o for a caster with less than 40 intelligence.

Casting sorcerers with this range require the best spell buff rating. If you are still creating the build but you wish to deal more damage, or you perhaps you wish to stop at 40 intelligence, then, this is your best staff.

Like sorcerer staff, Heretic staff is an early game catalyst, therefore, does the most damage at this stage. It has the highest spell buff out of all staves on dark soul 3 at 40 INT.

Also, you can use the Young Dragon ring which gives sorceries boost damage by 12% and 0.7 weight which is significant efficiency. You can go further with Bellowing Dragoncrest ring which boosts sorcery damage by +20% with 1.0 weight.

Now, if you really want to max out damage then you should include Magic Clutch ring. The ring increases magic attack by 15% but increases incoming physical damage 10%
. Use this ring carefully and have a long-range strategy.

Above 40, the better option would be sorcerer staff, but Farron Flashsword and soul Greatsword will have a better range when its cast with Heteric staff. The attack type is a strike, and the durability is 55. This staff requires strength of 8 and intelligence of 16.

Heteric staff can be found on the Road of Sacrifices where you will have to loot a corpse in the castle. From the crucifixion woods bonfire, go into a nearby ruin leading to crystal sage.

In the first room, you will find a staff inside an alcove on the first floor just next to the stairs. The room is right before the bridge just above the swamp.

Maybe you’re not into sorcerer stuff, why not stick with the normal stuff. Check out the best great swords and ultra greatswords in Dark Soul 3.

what is the d” layer?

what kinds of animals once lived on the prairies